Is island suitable for your kitchen?

Written by OPPEIN HOME and from Overblog

The kitchen island platform can be divided into two types: "island platform" and "Peninsula platform". The island is a functional design of the kitchen cabinet, which is independent of the cabinet area, and is generally used in the open kitchen. In addition to having very strong design effect, this model also has a very efficient kitchen workflow. Kitchen Peninsula, it is not a complete island. The word Peninsula comes from the Latin language "almost an island". The peninsula platform and the complete kitchen island function are mostly functional, but they are fixed at one end. The peninsula is a small kitchen with practical and functional functions, because one end is fixed on the wall and occupies very little land.

The functions of the island

The kitchen island platform is a versatile kitchen furniture, not just for putting food dishes, but also for bars and dining tables. At the beginning of the design, the kitchen island platform was mainly used to deal with the dishes cleaning. Then, according to people's habits and preferences, the kitchen island was innovated and combined into a bar table and a temporary table. It can be used for leisure. In the kitchen, simple meals can be done without cleaning the table separately, and it can also be very convenient to operate and reduce redundant links.

So, should your kitchen have an island? Yes, sure. According to the size of your kitchen, you can customize.

Sabrina will give you the most professional suggestions. Skills to maintain & clean your kitchen. How to identify the quality of kitchen cabinet? 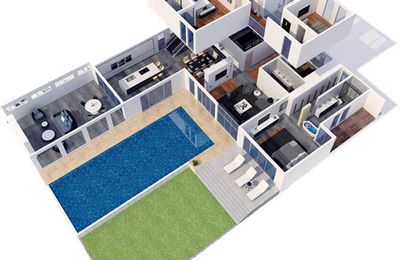 The largest cabinet factory in China.